in Europe · about Transportation

London to Paris for a romantic weekend? Belgium to London for tea? Travelers have gotten used to having the option of a high-speed train connecting city centre London to mainland Europe via the tunnel under the Channel.

Brexit politics aren't slowing down travel between the British Isles and Europe, either. So now the Eurostar is revolutionizing travel from England to the Netherlands too.  High-speed trains on the new route take only 3 ½ hours to arrive in downtown Amsterdam from St. Pancras International train terminal, and even less to the Netherlands' second city, Rotterdam.

The inaugural service to Amsterdam connecting two of the world's top travel destinations by high-speed train has been years coming.  And the long-awaited April, 2018 launch also boosts the existing London-Brussels section of the route, shaving nearly twenty minutes off the travel time to under 2 h to the Belgian capital.

This is a game changer for European and British travel. With a one-way ticket from just £35, it's an affordable way to add a pre or post extension in London to a river cruise or land tour from Amsterdam. Or for independent travelers to add a London leg to a train trip around the Continent.

Imagine maneuvering a Dutch bicycle across the canals in the afternoon (watch video) and quenching your thirst with a pint in an English pub that evening.

With no trek to the airport. Passengers of the Eurostar have to arrive only 30 minutes before the high-speed train departs from the city centre train terminal.  And no waits at the other end to claim your bags.  You take them with you on board.  And when you aren't marveling at the technology that connects the European mainland to the British Isles, you have wifi to catch up on your Netflix viewing, travel research, or even work if you are on a bleisure trip. 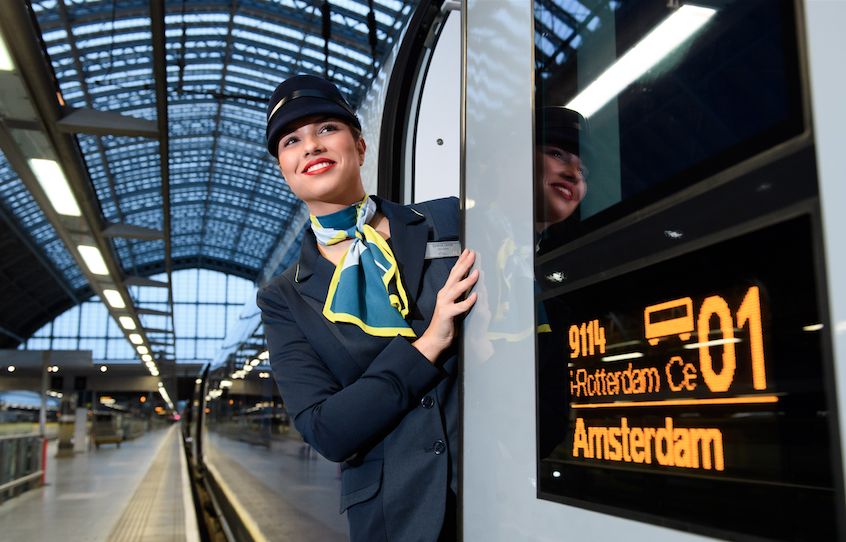 Plus you can feel good about the environmental benefits of train travel as it takes you from the capital of the U.K to the capital of the Netherlands. The new 3 ½ hour, high-speed Eurostar route from London to Amsterdam emits 80% less carbon than flying.  And you leave the train station and step right into the heart of the next city on your European vacation.

We are specialists on this kind of travel, we can help you plan your perfect Rail Journeys

Please, Signup or Login first to write a comment

Vancouver may be Canada's most famously 'outdoorsy' major...

There's a tinkling, tap-tap-tap coming from the pool deck...